Life took two steps at a time for you and no rest
as if you ’re born in a far-off eagles’ nest,
up in colourless clouds and from a broken egg-shell;
for a refugee’s outgrowth, heavenly spell;
for cool nights, hatred unsnuggled;
and for the sunlight, lie unstudied.
Day after day more despised, you took your course,
you were a child without beard, still a warrior perforce.
Hidden steel in a bloody overcoat
and in the darkness eyes open wide afloat;
for a free breath, you left a twopenny pawn
’cause love reached you late, you were gone.
She was naked, broke and had a hawk-like gaze,
you balked as if you were courtly raised,
but you ’re a drone that never touched on pollen
and a thunder in the midst of summer, fallen
who has put up his own sign with dare
without knowing how to study the air,
and all things beyond the light that a child longs for
even if some people say it shouldn’t see them no more.

«As you» that grew up before long
ready to claim all as wrong
«are a child» enchanted by the raining drops
and the curse of an escape without stops
«that lives on» with its head up again
in case its able through the rain
«to see something» and keep it till someone might find
you, surrounded with flames, enchanted child.

The pain from your entrails you must seclude
and make your feelings heard wholly and crude.
Go find warm rain and make an antidote anon
to cure your mind, your unbeatable weapon.
Take some soil, crackle the earth from the foundation;
carefree biped and headless beasts in congregation
will be scared off; so don’t you lumber.
Dance and whistle on your rhythm, don’t you slumber.
Don’t be jealous; move along on your own soul’s rails.
Don’t you go and look for songs in time-eating siren tales.
Gird yourself with moments filthy and blessed,
but if you stare at hatred you’ ll turn to stone at best!
You ’ll never get away from the unthinking and inane,
whatever’s eating up your soul, grab it and make it vow again.
Send it to another place, well known and fit
like hell and paradise dead spit,
alike their qualms, their dream and their prayer;
can’t you see? There’ s nothing theirs to share!
You are a child rooted in the bowels of earth
enchanted by the raining water’s worth. 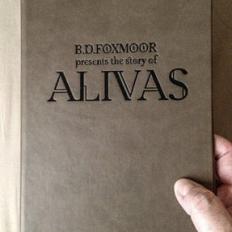