he was told he would make it, papou don't see the end
they told him to take a ticket
say a goodbye to friends
he kissed his mama sweetness
before he left for egypt
his mamma my papa's papa's papa's mama
it's deep shit…

so deep I hardly speak it.
a little fear in pockets, a little silver locket
a lot of tears up in them sockets

Alexandria was only just the first stop
from Egypt came a month at sea sent like mail to a postbox
like a letter with no envelope just enveloped by the rain
the tears of ink drain
replaced the canvas on the frame.

metanastes on the ocean
bags packed for the night
a night turned into life
I return to make it right.

I throw my luck upon the ground so that she can feel the earth
I give her thorns to wear -it hurts, so we remember birth
I wrap her body up in flames - just to drop her in the sea
luck and me
we argue over memories.

They walked from village morning
for days to get to boat
they left from olive trees,
in puffs of shisha smoke

the place from which they came
dangerous because of snakes
until they brought the deer
and they became the symbol of the state.

Italians colonised,
and the Turks they'd been there too
crusaders build cities on cities of the ancient few..

and so my greatest great
'lucky country' cutting trees
man to man
like he was slicing nationalities. 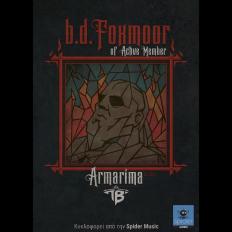